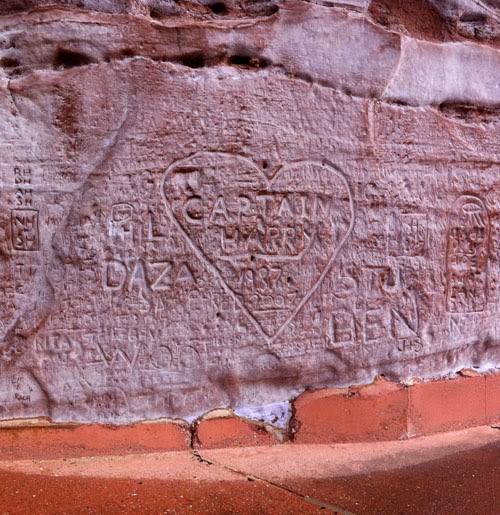 Bit more windy today, a nice change from the heat of the last three days. Did the waterproof shuffle a few times as the rain tried to make up its mind. Sketched Jacobs Ladder and walked along the sea wall with a backdrop of impressive graffiti scratched into the red sandstone. Stopped in Sidmouth for supplies and a nice cup of coffee in the Pea Green Boat. 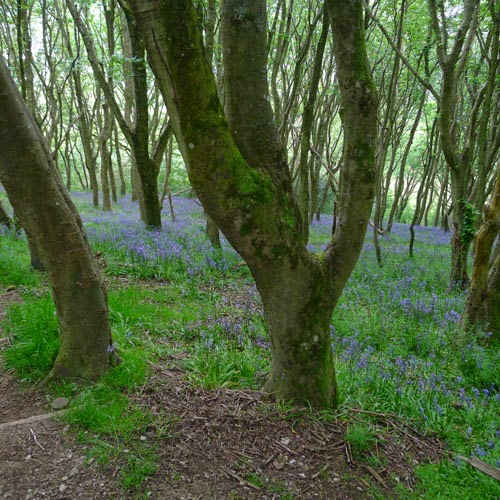 Walked up the first of three big hills and enjoyed the bluebell woods on Salcombe Hill. Stopped on a seat on Dunscombe Cliff overlooking Weston Coombe. Had lunch and sketched the cliffs and beach. Dropped down into Littlecombe Shoot to stay in one of the huts clinging to the side of the cliff. Thanks to Flo Pearson and her family for inviting us to stay in such a special place. Apparently the hut sits on an old 'Plat' that was used as a market garden until the 1950's. Went to sleep to the sound of the sea and distant thunder. Marvellous! 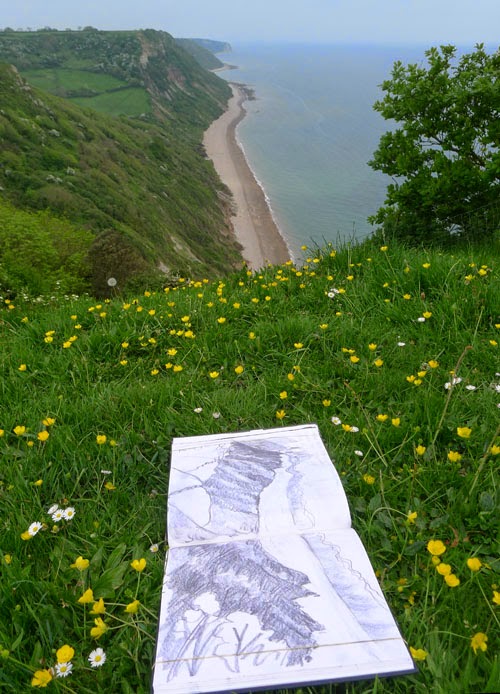